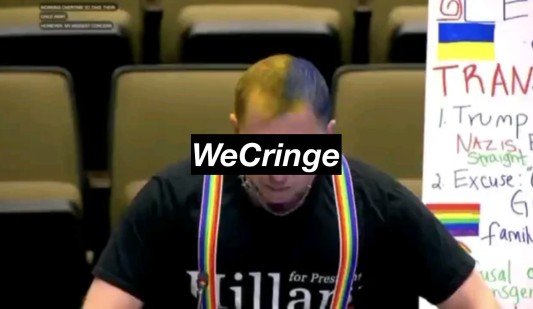 I am offended, that our children are not receiving affordable gender reassignment surgery, along with horrible bloggers… and access to abortionists alone.. It’s a threat to our democracy, as Justin Thrudeau only says. It just shows that you people do not care about our children.

And that these are the same people who refuse to obey the science and get fully vaccinated. It’s science people, science!! You are selfish murderers, I can die. Don’t you people care about my life? you racist insensitive homophobic pigs. My 14 year old openly gay siblings’ transgender offspring also has two daddies who love their offspring so much, and CPS is working overtime to take their child away. However my biggest concern is that my sibling’s offspring is allowed to play in their 8 year old girls basketball league at the YMCA. This alone is showcasing the worst case of transphobia and it’s a threat to our democracy. My siblings’ transgender offspring feels like an 8 year old girl , therefor, they should be able to play in an 8 year old girls’ league. Imagine living in a world where a little transgender offspring isn’t allow to follow their dreams because of transphobic Trump supporters and science deniers and conspiracy theorists. I still have nightmares every single night because of the hateful things that Donald Trump said on Twitter. I praise Joe Biden for having the courage and decency to stand up and say that poor kids are just as bright as white kidsin this previousl election decency was in the ballot and that’s what I voted for and not this racist dictator Donald Trump.. the orange man – Your time is up — “I’m almost done”